The Silverstone Interactive Museum is an immersive visitor attraction which celebrates the past, present and future of Silverstone and British motor racing. Over 60 hands-on exhibits give visitors the opportunity to try out a variety of activities – from operating a wind tunnel, taking part in a pit stop and climbing into a replica Grand Prix car.

In addition to the hands-on fun, the museum features some of the most iconic cars and bikes that have played a part in the 70-year history of Silverstone including Mansell’s iconic “Red 5”, an E.R.A from the first ever Grand Prix and Barry Sheene’s 1979 Suzuki motorbike.

A thrilling immersive film show – the ultimate lap of Silverstone – brings together some of the circuit’s most famous racing moments and is the perfect way to round off each visit.

Take the tour and see what’s in store at www.silverstonemuseum.co.uk 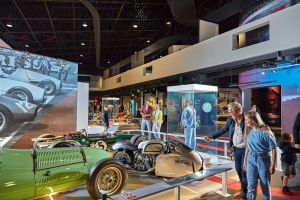 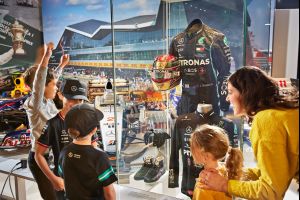