Hartwell House stands in over ninety acres of gardens and parkland.

The garden was laid out, at the start of the 18th century, in the formal style with allées and garden buildings: temples, columns, an obelisk, garden statuary, canals and an amazing yew tree exedra. The designer was probably James Gibbs, who certainly designed the garden buildings, several of which are extant. By the middle of the 18th century most of the formality had been swept away and the garden landscaped by a follower of Lancelot (Capability) Brown, one Richard Woods. Not all the formal garden features were removed however; some of the garden buildings remain, in particular a gothic tower and pavilion by James Gibbs.

Much of the ornate stone detail, from the Jacobean façade of the house, was carefully retained by Sir William Lee in the 1750's by the building of two garden folly walls, in the architectural form of a Triumphal Roman arch. In these are displayed the sculptural details; the arch is presently being restored.

Hartwell House now boasts a spring garden planted with snowdrops, daffodils, eranthis, primroses and anemones. In the autumn of 2001 a path, leading to the canal temple, was planted with 10,000 daffodils. In the orchard old varieties of apples are grown and the walls of the former kitchen garden support apricot, peach, pear and plum trees, of the same variety as those planted in 1868. Flowers for the house and fresh herbs for the kitchen are grown in Hartwell's gardens. 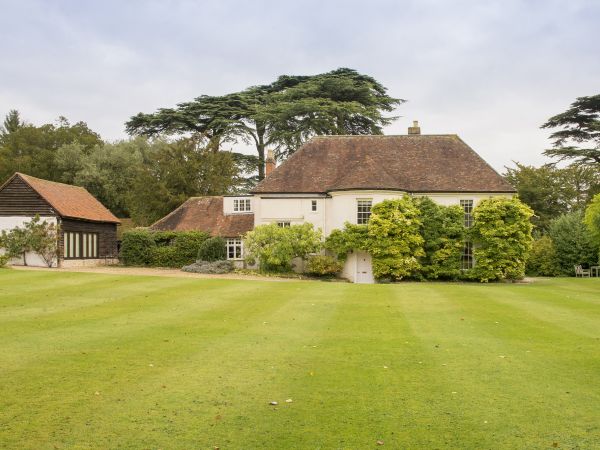 A Country House hotel, restaurant and spa set in over 90 acres of parkland.

Little is more indulgent than enjoying Afternoon Tea served in the elegant surroundings of the Morning Room, Drawing Room or Library.