High Wycombe is a thriving market town with market days on Tuesday, Friday and Saturday and also has the ever-expanding shopping and leisure experience known as the Eden Shopping Centre bringing many new retail brands into the town.

The town has a long and colourful history, appearing in the Domesday Book and known to have been inhabited by Romans, it was the Normans who founded All Saints Parish Church, the largest church of this age in the county after having been refashioned in the13th century on a lavish scale. Originally a mill town, it was well known for the manufacture of cloth and linen. The paper industry flourished during the 17th and 18th centuries thanks to the waters of the River Wye which run through the town. High Wycombe’s most famous industry, furniture making (particularly chairs) took hold in the19th century with furniture factories setting up across the town. The landscape around the town is a patchwork of fields dotted with lush Chiltern beechwoods which provided home and work to the bodgers of the 19th century. These men supplied chair legs turned on a pole lathe in the woods to the local furniture factories. The historic heart of the town is the High Street which features the Guildhall, the Little Market House, known affectionately as the Pepper Pot, designed by Robert Adam, and close by All Saints Parish Church.

High Wycombe is easily reached from London, Oxford and the Midlands via the M40. The M4, M25, M1 and M23 are also within a short drive. High Wycombe train station sits on the Chiltern Railways London Marylebone to Birmingham line. Trains to London are frequent and take as little as 30 minutes. There is also a 35 minute rail connection to Oxford Parkway. There are regular bus services to surrounding villages and a Park & Ride service to the town centre plus a regular service to Heathrow Airport. Coaches also operate between High Wycombe and Luton and Stanstead plus other routes to various destinations around the country departing from High Wycombe Coachway.

Wycombe Arts Festival takes place over several weeks starting in April at venues throughout High Wycombe and South Buckinghamshire. Featuring a varied programme of events including orchestral and jazz concerts, art exhibitions, theatre productions, talks, storytelling and walks. The ancient ceremony of 'Mayor Making' still takes place in the town each May, in which the Mayor and Charter Trustees are weighed to see if they are getting fat at rate payers' expense, although the Mayor’s actual weight is never revealed, the gain or loss is. There is also a one day family celebration of music called Frogfest with themed activities, street food and stalls. June is Bucks Open Studios, a county-wide arts festival where artists open up their studios and display their work in many locations. The Wycombe 10K and Half Marathon takes place in July and the course takes runners through the beautiful West Wycombe Estate. November is the Switching on of Festive Lights in the build up to Christmas.

West Wycombe Park is one of the most theatrical and Italianate of all English Country houses and has been the Dashwood family home for over 300 years. It and the beautifully preserved Medieval high street have appeared in numerous period dramas.

The nearby Hell Fire Caves were dug by hand in the 1700’s and were once a haunt of the Hell Fire club. Today visitors can explore the long winding passages which lead deep underground for over half a mile.

Find out more about what's on in Wycombe by visiting the MyWycombe website. 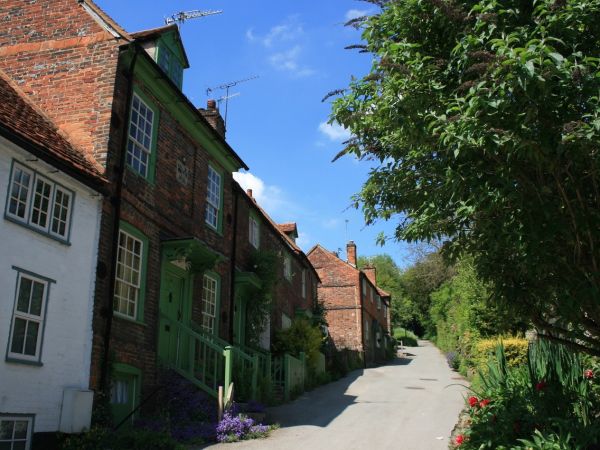 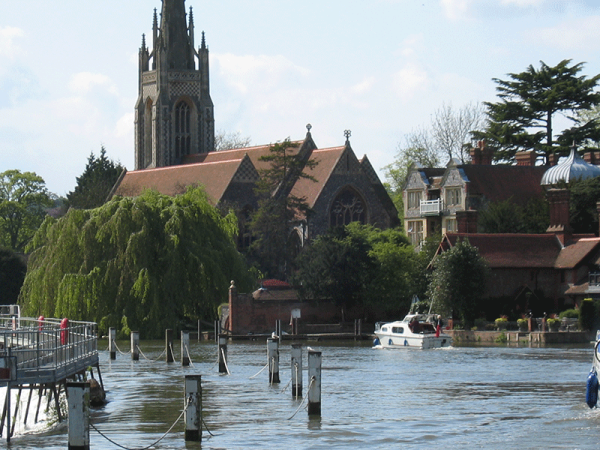 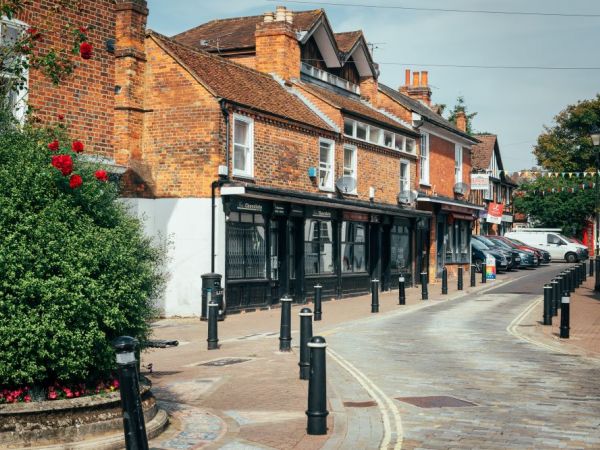 Burnham is a large and thriving village on the outskirt of Buckinghamshire and near to Windsor, Maidenhead and the Slough Trading Estate.