Nestling in the heart of the Chiltern Area of Outstanding Natural Beauty, Amersham is an ideal base from which to explore the countryside with a network of footpaths and cycling routes. In the winter, see the sculptural shapes of beech, oak and ash; in the spring walk through bluebell woods and later enjoy the bright green of new leaf, in the summer walk or cycle in the shade cast by woodland and in autumn kick up piles of red and orange leaves; and at any time emerge from the woods and marvel at the rolling hills and fields stretching out below.

Attractions include the Memorial Gardens which, each year form a vibrant centrepiece in Amersham Town’s Britain in Bloom entry which has been awarded Gold five years in succession. Just outside the Memorial Gardens a large illustrated town map explains historical features of the town.This can be downloaded at www.amershamsociety.org. The recently expanded Amersham Museum is a real gem with many hands-on experiences for children throughout. St Mary’s Church has a free guide explaining features in the 11-14th century building including a rich collection of monuments in the Drake Chapel which is open every  Sunday from11.30-12.30 and at other times by arrangement with the parish administrator.

You can also download the Old Amersham Town Map.

Established where a roman road crossed the river Misbourne, Amersham is listed in Domesday Book (1086). King John sold the right to hold a market in 1200 and the width of the High Street set out at this time allowed for cattle and sheep pens on market days. Amersham was sufficiently important in the Middle Ages that it sent two burgesses to the early Parliaments around 1300. This right lapsed soon afterwards but was re-asserted in 1624. As a result until 1832, while Birmingham, Manchester and Leeds had no MPs, Amersham had two! The Drake family bought all the houses where residents had the vote so they could oblige their tenants to vote for them. As a result there were no contested elections; it was a ‘pocket borough’ controlled by the Drake family.

Amersham is on the A413 and can be easily reached from the M25 and M40. There is a Pay-and-Display car park in the Old Town. Visitors arriving by train on the Chiltern Line or Metropolitan Railway can easily reach Old Amersham (one mile away) by bus, taxi or a 20 minute downhill walk through woodland and field revealing a stunning view of the Old Town.

Heritage Day is usually the second Sunday in September. The road is closed to allow stalls, displays and vintage cars to fill High Street and Broadway.

Old Amersham Charter Fair dating from 1200 is on 19 and 20 September when the High Street and Broadway are filled with fun fair.

2021 is the 500th anniversary of six Amersham Martyrs and the Martyrs Community Play 15-28 March 2021 organised by Amersham Museum is a must-see.

Arthur Machen (1863-1947), author of a novella that Stephen King described as “maybe the best horror story in the English language” (The Great God Pan), lived at 48 High Street for some years from 1929.  Ludovic Kennedy (broadcaster) and Moira Shearer (ballet dancer) lived at Piers Place 130 High Street in the 1960s. Patrick Jackson, director of The Prisoner, cult 1967 television series, lived in 133 High Street until his death in 2011.

The exterior of the Kings Arms and the interior of the Crown Hotel were used In Four Weddings and a Funeral, Amersham is also a much used location for filming Midsomer Murders. More recently an episode of Unforgotten was filmed using two houses in the High Street. 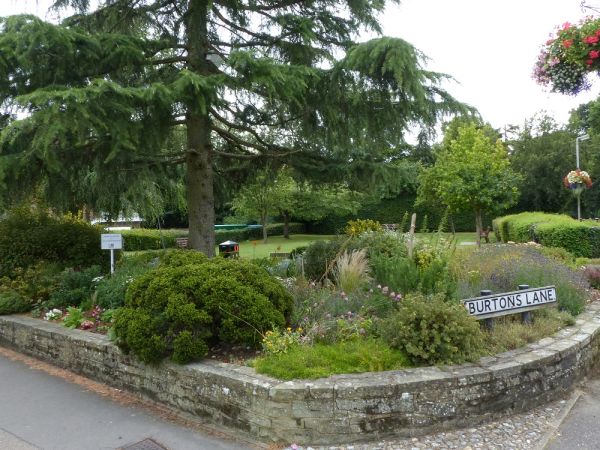 Little Chalfont is a thriving community between Amersham and Chorleywood. 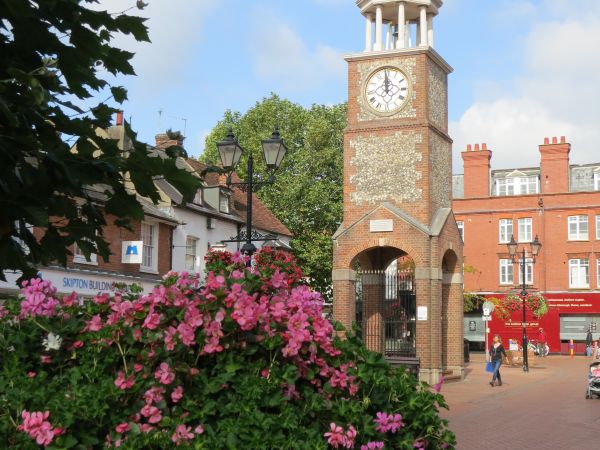 The wonderful historic market town of Chesham lies in the valley on the edge of the Chiltern AONB. 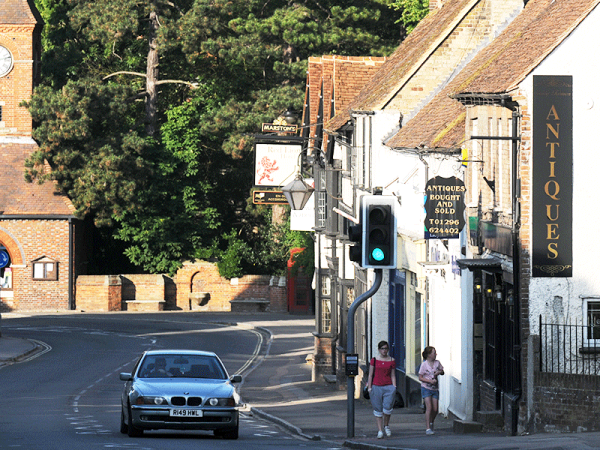